In presenting the principles of the “Brass Mirror” in the English language it is quite easy to move forward beyond the texts and begin to lay out the idea that an alloy is the union of two metals not found in nature and thus represents something other than naturally occurring metals such as Silver and Gold. This has been a very critical component in the advancement of our understanding of the Mirror, a principle which reveals that God may say things which are actually not a reflection of His will but rather a revelation of what is in the heart of the people He is speaking to, or with, and is often presented as a command. Some examples of this are;

1 Samuel 15:2 Thus saith the Lord of hosts, I remember that which Amalek did to Israel, how he laid wait for him in the way, when he came up from Egypt. (3) Now go and smite Amalek, and utterly destroy all that they have, and spare them not; but slay both man and woman, infant and suckling, ox and sheep, camel and ass.

John 2:19 Jesus answered and said unto them, Destroy this temple, and in three days I will raise it up.

The problem that has surfaced in the German language, and therefore its Bible translation, is that the translation of the Hebrew word  h5178. נְחשֶׁת neḥšeṯ (necheshet) is predominantly translated as “ore” or “copper”. It is very rare to find the word translated as brass in the German language and this presents a foundational issue in establishing the principle of “brass thinking” or the “brass mirror”, all of which are phrases which have been coined to express aspects of man's thinking which are wholly at odds with God’s kingdom. It is for this reason that we have been praying for light on this subject so that we can use the brass principles in Germany also and bless the German contingent of our Father’s beloved family.

Establishing the basic principles of ambiguity in the word (h5178. נְחשֶׁת neḥšeṯ)

That the word H5178 cannot always be translated as brass contextually is made very clear by the use of texts such as;

Deuteronomy 8:9 A land wherein thou shalt eat bread without scarceness, thou shalt not lack any thing in it; a land whose stones are iron, and out of whose hills thou mayest dig brass.

Brass/bronze is an alloy, which means it is a union of two different metals, it is not a naturally occurring metal. It is man made. It is for this reason that its use in the text presented above is incorrect as you cannot dig brass out of the mountain. In this context an “ore” is being referred to and this ore is most likely going to be copper. It is thus clear that “ore” or “copper” are a very clear translatable option for this Hebrew word H5178.

To demonstrate that there are alternative translations for the word H5178 we would like to present the following two step process;

When Paul is describing Agape in his first letter to the brethren in Corinth he makes the following comparison;

1 Corinthians 13:1 Though I speak with the tongues of men and of angels, and have not charity, I am become as sounding brass, or a tinkling cymbal.

“sounding brass” is a reference to a musical instrument, as is a “tinkling cymbal”. You will no doubt be familiar with a “brass” section in an orchestra as these are predominantly, although not wholly, the wind instruments like trumpets etc. We can see then that Paul is making a parallelism in that he is likening cymbals and brass instruments, both of which are made of brass. When we take that Greek word for “brass” which is g5475. χαλκός chalkos. If we take this word and put it into a search engine for the LXX Septuagint (Greek old Testament) we find that the word is used as the greek equivalent to the Hebrew word H5178. This means that, using a New Testament example, brass is an allowable alternative for the Hebrew word H5178.

The previous example, although providing some assistance, is not conclusive in its argument as some would argue that even the German translations use the word “ore” in the text 1 Corinthians 13:1 and therefore fail to satisfy the argument conclusively.

Thus we go to bible prophecy to seek our answer. Please consider the following sequence of texts;

"Thus saith the LORD, thy redeemer, and he that formed thee from the womb, I am the LORD that maketh all things; that stretcheth forth the heavens alone; that spreadeth abroad the earth by myself;"  Isaiah 44:24 (KJV)

"That saith of Cyrus, He is my shepherd, and shall perform all my pleasure: even saying to Jerusalem, Thou shalt be built; and to the temple, Thy foundation shall be laid."  Isaiah 44:28 (KJV)

"Thus saith the LORD to his anointed, to Cyrus, whose right hand I have holden, to subdue nations before him; and I will loose the loins of kings, to open before him the two leaved gates; and the gates shall not be shut;"  Isaiah 45:1 (KJV)

"I will go before thee, and make the crooked places straight: I will break in pieces the gates of brass, and cut in sunder the bars of iron:"  Isaiah 45:2 (KJV)

Isaiah 44 and 45 furnish a prophecy in which God calls a man named Cyrus, a pagan, and says; "For Jacob my servant's sake, and Israel mine elect, I have even called thee by thy name: I have surnamed thee, though thou hast not known me."  Isaiah 45:4 (KJV)

Cyrus had no idea what God had planned but he fulfilled the predictions of the Almighty by the course of his life, as did the messiah when the many old testament predictions regarding the Messiah were fulfilled, giving us confidence in the authority of the Bible as an inspired volume.

The Book of Daniel gives us the confirmation of Isaiah's prophecy regarding the fall of Babylon as we read;

Daniel 5:1 "Belshazzar the king made a great feast to a thousand of his lords, and drank wine before the thousand."

Daniel 5:29 Then commanded Belshazzar, and they clothed Daniel with scarlet, and put a chain of gold about his neck, and made a proclamation concerning him, that he should be the third ruler in the kingdom. (30) In that night was Belshazzar the king of the Chaldeans slain. (31) And Darius the Median took the kingdom, being about threescore and two years old.

History has the following witness to offer for the demise of the Babylonian empire;

Cyrus sought to do the impossible: to conquer this impenetrable fortress.

His strategy was brilliantly simple. First, he dug trenches upstream and diverted water from the Euphrates into a large reservoir. Once the water level had dropped, and under the cover of darkness, Persian soldiers slipped into the knee-deep water, marched up the riverbed, and snuck under Babylon’s giant gates.

Although the soldiers had infiltrated the outer gates, there were still brass and iron internal gates controlling access out of the riverbed and into the city. If they couldn’t get through the gates, the soggy riverbed would turn the Persians’ tactical advantage into a massive kill box. All the Babylonian soldiers had to do was rain spears and arrows down on them. In fact, if they could block the Persians’ retreat, the Babylonians could conceivably kill every last Persian soldier, to a man—like shooting fish in a barrel.

But strangely, on the night of the invasion, there were no soldiers, and the internal gates were wide open. King Nabonidus, his son Belshazzar, the imperial guard, the soldiers, and many of the people of Babylon were partying! Consumed with drinking and games, they had failed to close the gates and to station guards. Having quenched the Euphrates and penetrated the outer gates, the Persian soldiers were able to stroll through the internal gates, taking the city—including the shocked king—by surprise!

The number of men in his army were so great, resembling that of water in a river, which could not be counted, marched forward, their weapons stashed away. Without engaging the enemy, he was able to enter Babylon without causing any damage to the city.

….. The fullfillment of these prophecies are confirmed by the historian Herodotus who wrote: "The land of Assyria possesses a great number of cities, the strongest and most well known being Babylon, . . . The following is a description of the place: . . .

Along the edges of the top wall, they built single room structures each facing one another, leaving enough space between them to turn a four-horse chariot. A hundred gates, all of brass, with bronze lintels and side-posts make up the circuit of the wall . . . The city is divided into two sections by the river running through it.

This river is known as the Euphrates, a wide, deep, and very swift stream, which begins in Armenia, and ends at the Erythraean sea . . . At the rivers entry points are low gates in the fence that flank the stream, which are similar in design to the great gates in the outer wall, made of brass, and which open toward the water…….

History would bear witness that the gates in Babylon were Brass. What this means is that the Hebrew word H5178 “Necheshet” has the capacity to be clearly translated into either Copper/Ore or Brass depending on the context of the verse in which it is found.

Thus prophecy has again been a solid witness in confirming the inspiration and authority of scripture and the inspiration of the Spirit of Prophecy, as we read the following statement;

Babylon was besieged by Cyrus, nephew of Darius the Mede, and commanding general of the combined armies of the Medes and Persians. But within the seemingly impregnable fortress, with its massive walls and its gates of brass, protected by the river Euphrates, and stocked with provision in abundance, the voluptuous monarch felt safe and passed his time in mirth and revelry. { PK 523.1}

Belshazzar was acquainted with the dealings of God with Nebuchadnezzar, but this knowledge had no effect upon his own course. He blindly clung to the worship of idols, and gave himself up to sensual indulgence. It was not long before reverses came. He had been defeated in battle by Cyrus, and for two years had been besieged in the city of Babylon. Within that seemingly impregnable fortress, with its massive walls and its gates of brass, protected by the river Euphrates, and supplied with provisions for a twenty years’ siege, the voluptuous monarch felt secure, and passed his time in mirth and revelry. { RH February 8, 1881, par. 2 }

With this foundation laid we are now in a position to progress in the joy of the Lord to expand upon the symbolism of Brass in the Old and New Testaments to reveal that this metal “of man’s hands” is, in part, a representation of man’s justice in addition to many more startling revelations. 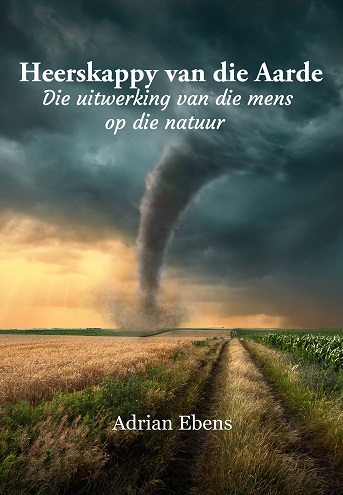 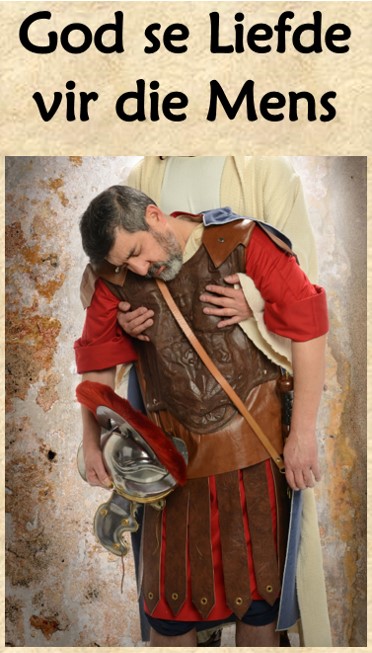 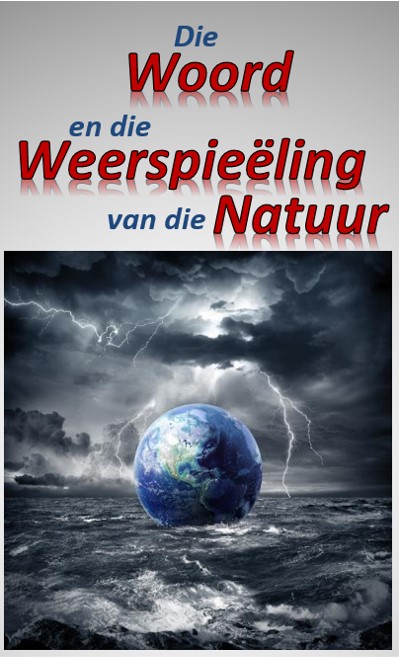